Singers of all abilities are invited to our annual week-long summer choir camp here in beautiful Lake Almanor, CA.

What You Need To Know 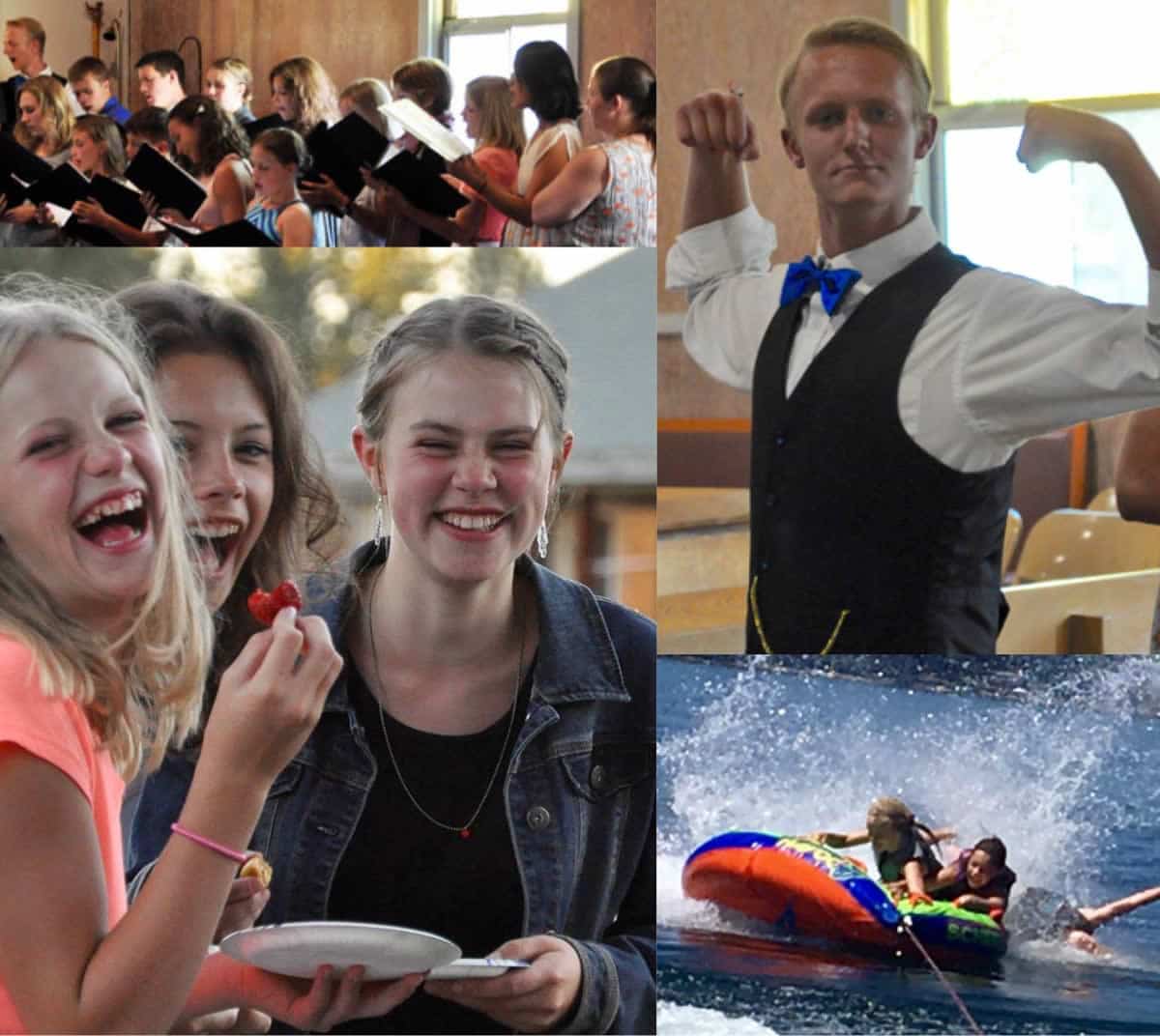 Music for Choir Camp
The music for the choir camp will be posted here closer to event dates.

Important
Campers are expected to come as practiced as possible, so that the work of pulling the choir together can go forward, rather than all the time and effort being spent on learning the parts.

Clergy Track
Clergy are encouraged to come and learn more about chanting and singing services. 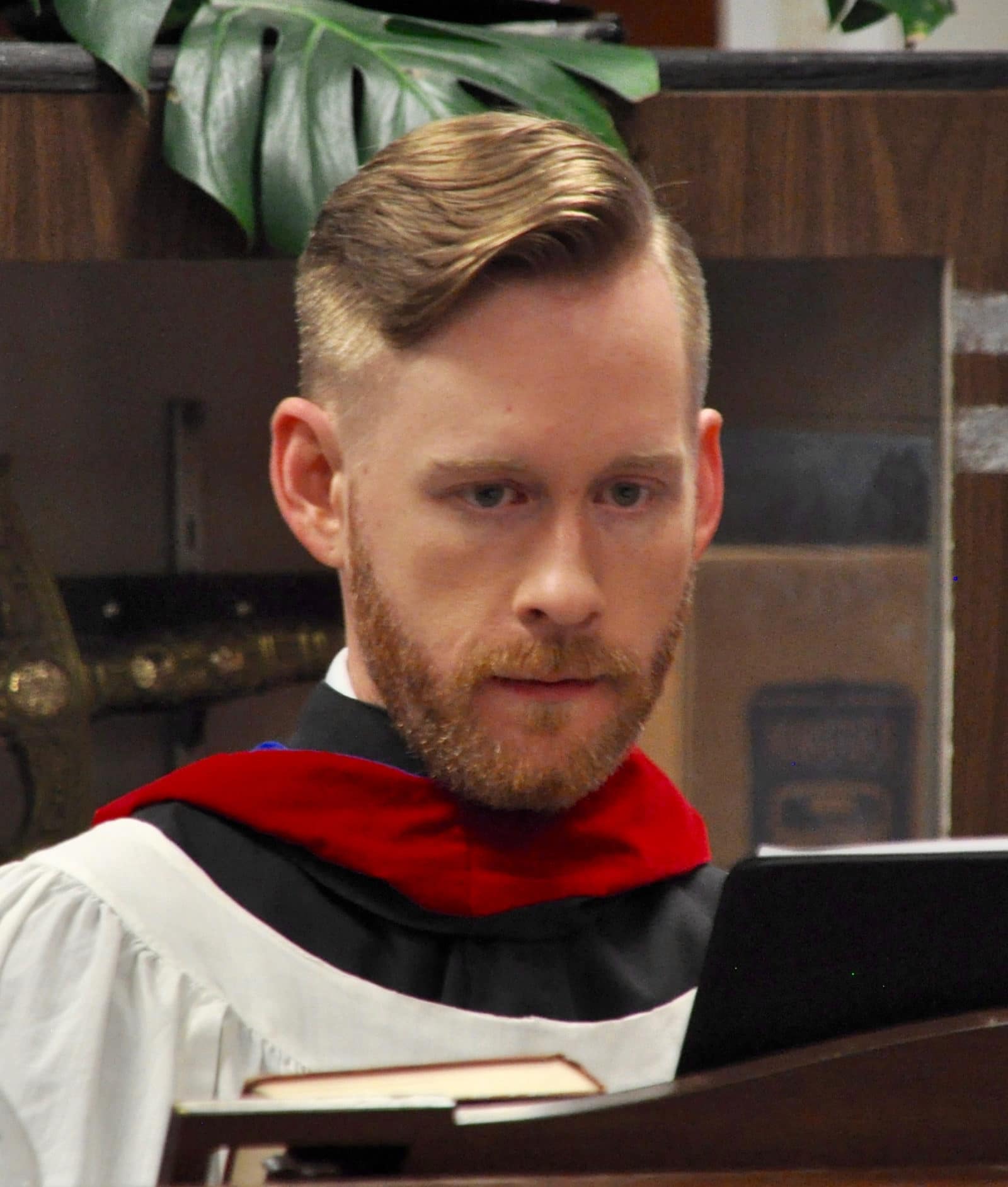 Mr. C. Lance Davis
is the Director of Music and Organist at All Saints Church on Long Island, New York. Originally from Augusta, Georgia, Lance grew up studying classical piano, organ, and vocal performance and holds a degree in Ecclesiastical History and Liturgics. Lance created a music and choral program for the celebration of the traditional Latin liturgy and developed the choir that specialized in weekly performances of Gregorian chant and Renaissance polyphony. In 2012, Lance earned the Colleague Certification in Organ Performance from the American Guild of Organists. He has performed in venues ranging from the historic Christ Church in Savannah, Georgia to the Cathedral of St. John the Divine in New York City, and in 2014 completed a choral residency at Southwark Cathedral in London, United Kingdom.

Father Brian Foos
is the Vicar and Headmaster of St. Andrew’s Church & Academy and choirmaster of the St. Andrew’s Academy Choir.  He has studied music, instrumental and vocal, since childhood, sang in his father’s church choir through high school, and sang in and directed various choirs and vocal groups through his university days where he studied music while earning degrees in English and Theology.  He has travelled with choirs all over the US and in Italy, Germany, and England.  He was the director for the Anglican Way Institute Summer Conference Choir for four years, and enjoys chanting matins and evensong and singing the Eucharist on Sundays. 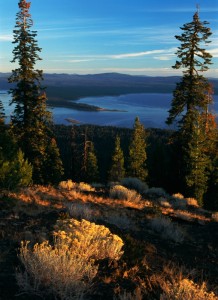 Location
St. Andrews Academy
198 Main St, Chester, CA 96020
Arrival and Departure
The closest major airport is Reno NV, a two hour drive from the school.  In most cases, rides to and from the airport can be arranged.
If you plan to fly in, please call or email to discuss arrival dates ahead of time with camp organizers.  It’s often possible to arrange pick up
Residential choristers are encouraged to arrive Sunday afternoon/evening (please plan on eating dinner on your own).
Departure is after Lunch on Sunday following our final performance that morning.
Accommodations 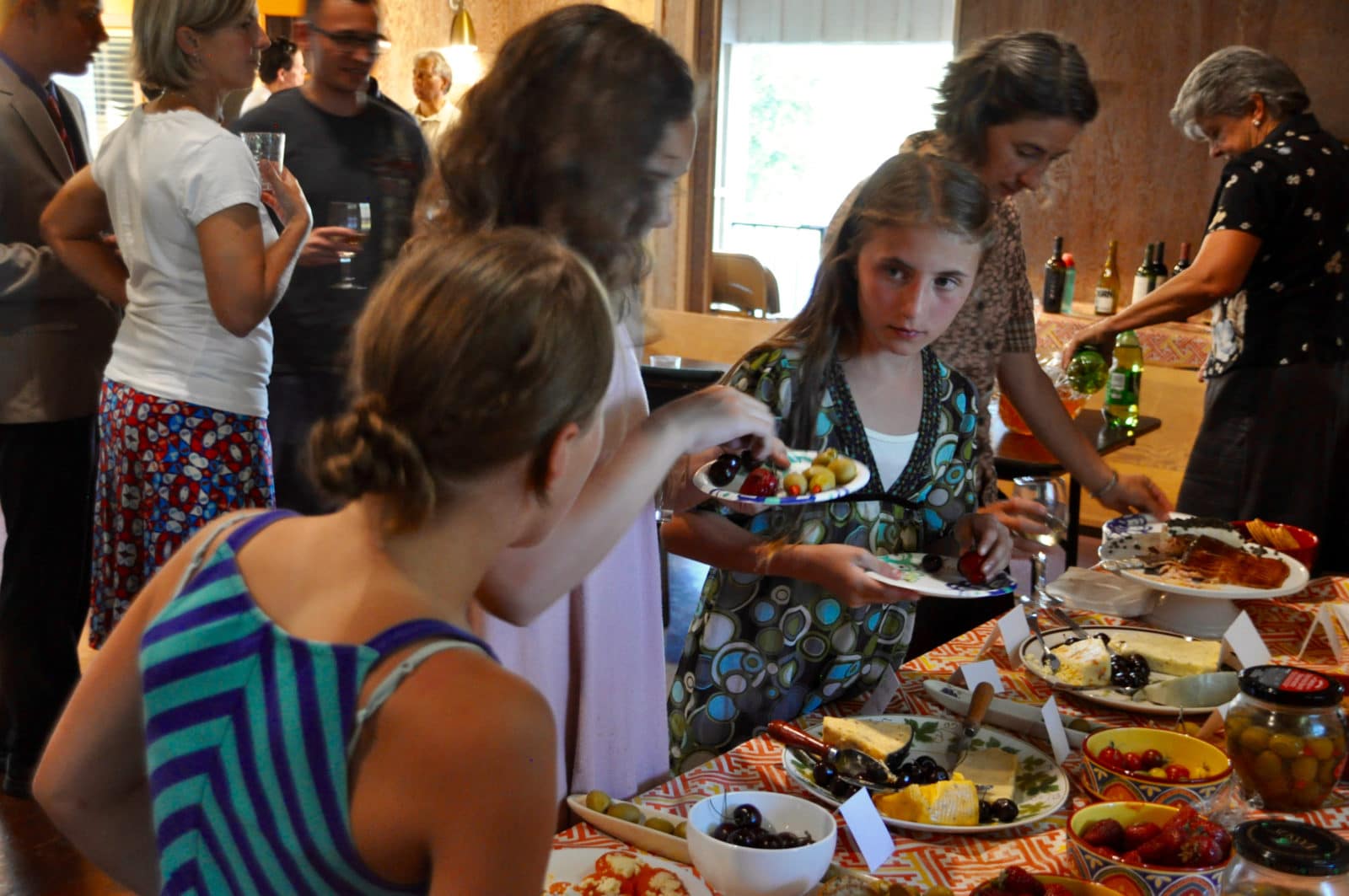 Residential campers will be staying in local homes and have all meals provided, similar to our St. Andrew’s boarding students during the school year.

Day campers get lunch every day and two dinners with the group. 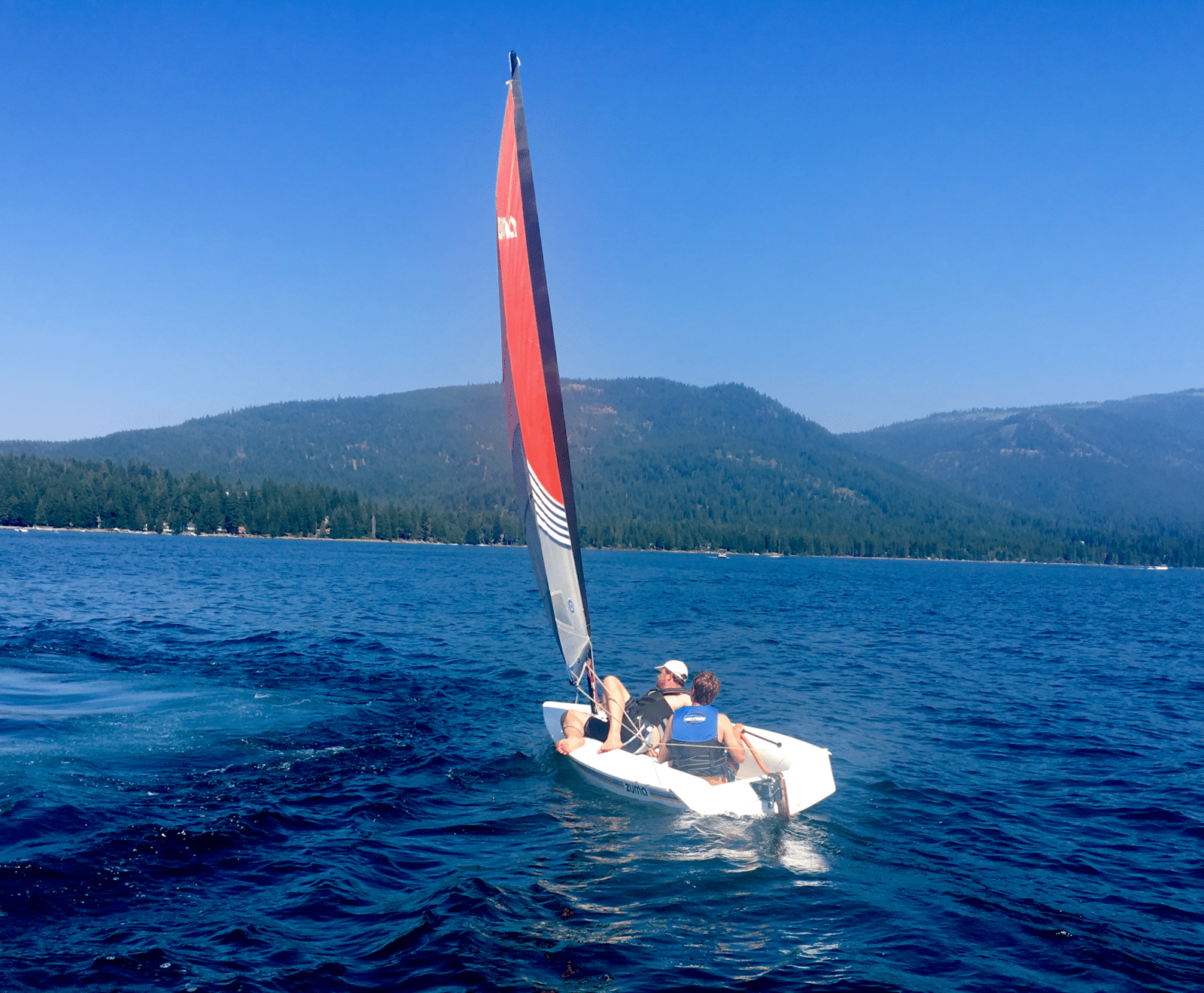 Please note that the following material is mainly for our younger campers.  Adults, please be advised and use discretion.

Note: all campers under 18 yo will need a signed Liability Release form on file in the School Office prior to attending this event.  Parents of minors, please complete & send signed form to admin@standrewsalmanor.org as soon as possible.

What Not to Bring

For four years St. Andrew’s Choir Camp has been the highlight of my summer. The joy of singing glorious liturgy with motivated, traditionally minded Christians in the context of Lake Almanor’s natural beauty makes this venue the best. Father and Mrs. Foos are such great hosts! Additionally, I’ve come to treasure the students who over the years have won a place in my heart.

The choral direction - first with Jeffrey and Anna Cooper and now with Lance Davis - is exceptional. As a non-musician musician I’ve benefited greatly from their instruction and guidance as we work as a choral team to create beautiful and timely worship. With Jesus in your heart you’ll be singing forever in heaven one day anyway so why not start now? Get with God’s program for happiness and block out one glorious week this summer with the St. Andrew’s Choir Camp! Why play iTunes when you can create splendid and godly weTunes?
George W.
2018 Attendee from Chico, CA 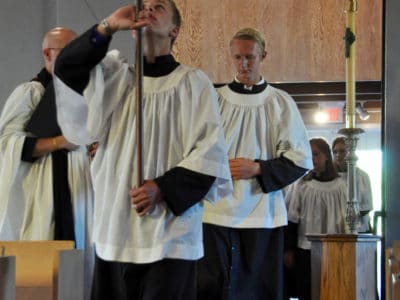 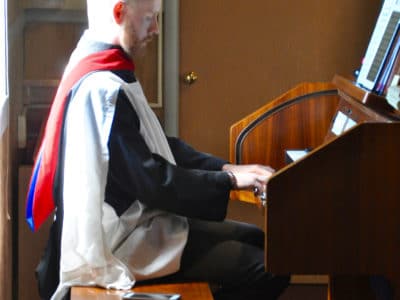 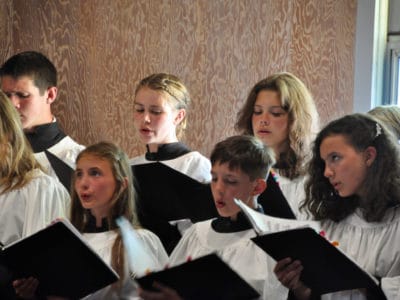 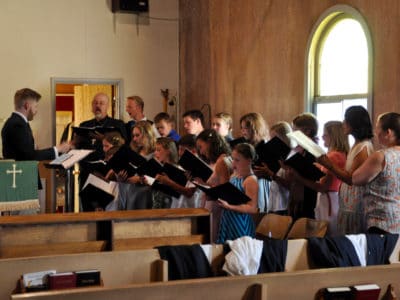 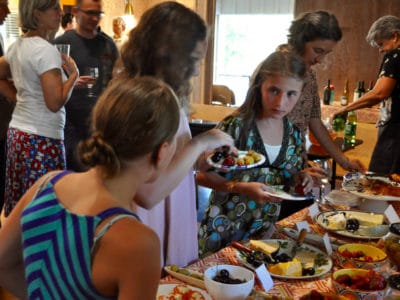 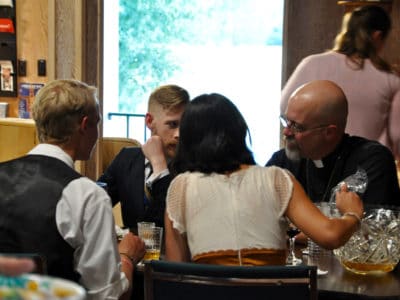 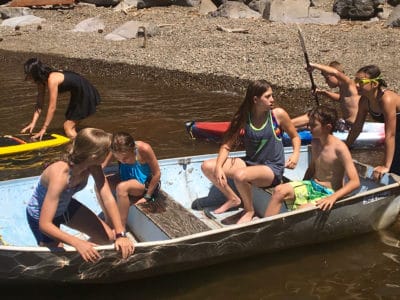 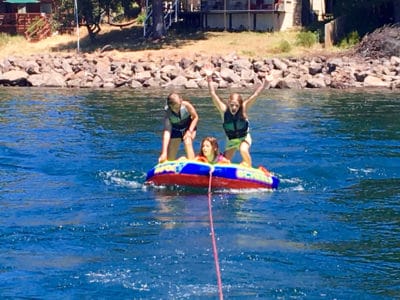 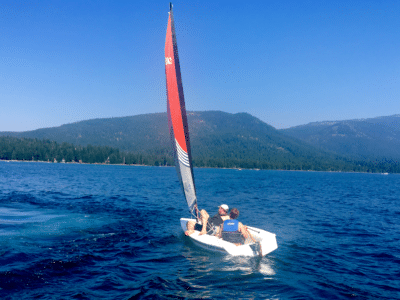 Ludwig van Beethoven once remarked, “Music is a higher revelation than all wisdom and philosophy,” and indeed that greatest of revelations — our Lord Jesus Christ — was celebrated by music: the song of a young Maiden in praise of what God was accomplishing through her; the strains of the heavenly host over the fields of Bethlehem; a lullaby sung to a Divine Infant.

That music has echoed down through the centuries, from the eight-fold daily chorus of countless monks interceding for the whole of creation, to the sublime majesty of English Evensong.

The Church built a civilization through her music, and she will win back that civilization when she begins to sing again.

For one week, we immerse ourselves, young and old, men and women, in the full tradition of the Church as expressed through the daily prayer services of the Book of Common Prayer. Mornings begin with sung choral Matins, employing both Anglican chant and plainsong. The day continues with rehearsals and education sessions, exploring the role of theology in music, the technique and practice of Gregorian chant, and basic music theory. Recreation—boating, sailing, skiing, swimming, hiking—and some of the best food you’ll taste at any camp fill out the schedule, and the days finish with choral Evensong.

During the week, the choristers prepare several pieces of Renaissance polyphony, in English and Latin, to be sung at the concluding weekend liturgies. Previous camps have featured William Byrd, Christopher Tye, Jacques Arcadelt, Orlando Gibbons, and Thomas Ford.

Some students arrive with little formal vocal training; some are seasoned choristers. Nevertheless, they all work hard, have plenty of fun, and are able to put together wonderful liturgies to share with the local community.

The St. Andrew’s Choir Camp is a unique opportunity for all ages and musical backgrounds to spend a week with the rhythms of Prayer Book life expressed through the greatest music of the Church. It is in many ways a spiritual retreat, in which prayer, song, education, and recreation are woven together. We hope that when the week is over, those who participated will return to their own communities renewed and encouraged, to spread what they have learned. We look forward to seeing you next summer!