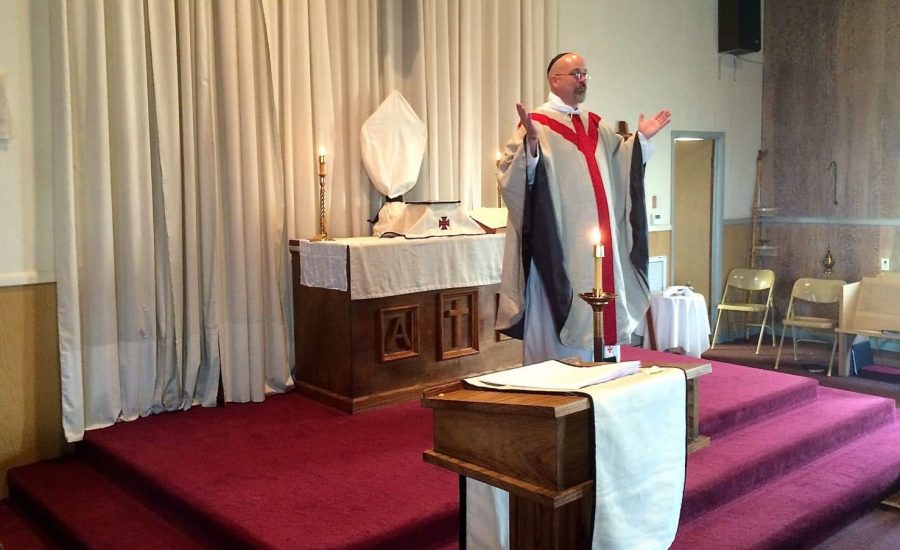 A WORD ABOUT COLORS

When traditional Anglicans think of Lent, they usually see it in purple. Certainly, purple is commendable and was long a nearly universal practice. However, the Anglican cleric Percy Dearmer records rich traditions and ancient practices which can inform the church and help Anglicans recover a fuller Anglican practice. Two of Dearmer’s insights concern Lent and Holy Week.

According to Dearmer, ancient practice in England was to use a Lenten Array throughout the season. This collection of vestments and paraments was made of unbleached linens of simple design and limited adornment. This natural material and simplicity emphasized the austerity of the season. In recognition of this ancient practice, many suppliers of church goods have begun displaying Lenten Arrays for purchase. As it turns out, these newfangled Lenten Arrays may have more historical precedence in Anglican churches than does purple.

Concerning Holy Week, Dearmer records that the ancient practice was to use “scarlet” as the liturgical color. This may be related to the fact that in ancient times, what they called purple we would call scarlet or magenta. In other words, ancient purple tended to red (think of your bishop’s magenta shirt which we all call purple) while modern purple tends to blue. At any rate, many Anglican parishes around the world have recovered the use of “scarlet” during Holy Week as reflected by Ordo Calendars which show red as the color for Palm Sunday through Maundy Thursday. (Some places use white on Maundy Thursday to commemorate the institution of the Eucharist.) Black is the color of Good Friday and until sundown on Holy Saturday.

So while purple may be the “traditional” color of Lent, there may be even older traditional options yet to be discovered by hard-working Altar Guilds.